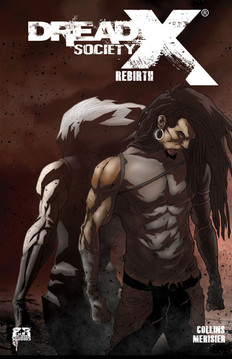 The world is gone. Civilization is a memory. The bible promised fire the next time. It delivered. And then some.

Humanity is hanging on by a thread. Society has been restructured as a one world government administered by a conglomerate of corporations, military might and spent political powers known as the Global Reconstruction Initiative [GRI]. Peace is kept not by the ballot but by bullet. The top ten percent live in walled off cities while the rest of mankind is left to forage among the wastelands.

The strong eat the weak. Roving scavenger gangs intimidate the lands. The GRI maintains a healthy distance, interfering only when it profits them. Official interference comes in the form of the Children of the Black Hand are employed. They are a ruthless sect guided by a dark secret.

Aza Khan is the dark stranger. He is the man with no name. Like many of the new world, his racial identity is skewed by the necessity of miscegenation.

He is a former member of the DSX a warrior clan and underground movement long since believe disbanded. In a fit of rage he turned from them and has gone Ronin. He carries him with grief of witnessing his kinship massacred by an unknown group. The only memory that remains is that of a black hand image upon their tunics.

He has been traveling the wastelands for a time longer than limited memory bringing death and destruction in his wake. Behind the eyes of the stoic Aza burns the desire for desperate vengeance and release.