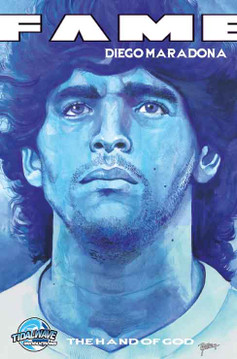 Americans call the game “soccer,” while the rest of the world dubs it “football.” Whatever it’s called, fans know the name while former and current players whisper it in respect for the man many consider to be the best player in world. Diego Maradona’s career was formed while he was only a child kicking a ball in the slums of Buenos Aires, Argentina, but he became a legend during the World Cup tournament in 1986 and named FIFA Player of the 20th Century alongside his childhood hero, the remarkable Pelé. His storied career is chronicled in this latest illustrated biography.