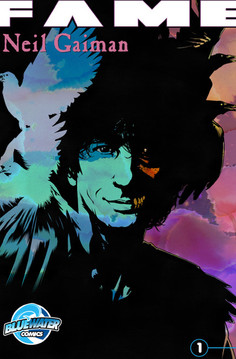 Neil Gaiman started out humbly in the so-called British Invasion of comics in the 1980s, writing rock and roll biographies, but soon leaped into the vanguard with his revolutionary series The Sandman, which helped launch the Vertigo imprint at DC.  His newfound literary acclaim helped launch Gaiman into the world of books, which he soon conquered with equal acclaim and passionate following from readers.  Gaiman is also one of the few comic book writers of his generation to make a successful transition into film.  Despite all this, he wasn't immune to the growing controversies of the '90s comic book scene, embroiled for years over the legal minutiae of creator rights.  Gaiman has managed to transcend all boundaries, however, a true icon for our times.