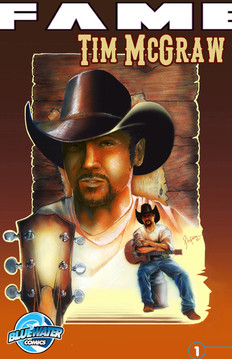 One of the most prolific, biggest-selling country-western stars of all time, Tim McGraw has won a legion of fans across the world. He has sold over 40 million records, had 21 consecutive albums hit number one on the Billboard Charts, and even ventured into acting—starring alongside well-known actors such as Sandra Bullock and Reese Witherspoon. Learn how McGraw rose from humble beginnings to win his place as the slickest voice in the West in Bluewater Productions’ FAME: Tim McGraw.