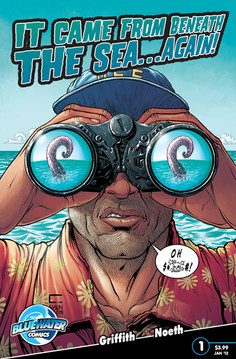 This is the sequel to the cult film. In the 1950s, the U.S. Navy encountered and destroyed a gigantic octopus that attacked shipping and wreaked havoc on the west coast of the United States. American forces killed the creature and ended the threat once and for all. Or so they thought. They were wrong.

Now, another monster is rising in the warm blue waters surrounding Taru Taru, a speck of land far out in the Pacific. And this time it's worse than anyone ever imagined.