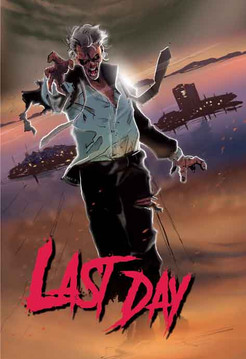 Vigo, Spain is ground zero for a rage-inducing plague. Jot, a computer specialist, is thrust into a battle for his life as the streets of the city are drenched in blood and his neighbors and friends become… something else. Something monstrous. They crave death, and falling under their relentless assault means you join their horde. As Jot navigates the city, he begins to uncover secrets the military want hidden. Jot soon finds others unaffected by the contagion: The beautiful and tough Aurea and her team of soldiers who have found a way to kill the infected, although one at a time and a group of scientists huddled in a secret lab working on a possible cure. But tensions mount when clues begin to point to both groups as the source of the contagion. Can a mild-mannered computer programmer, a small team of military specialists, and a few baffled scientists trust each other long enough to save the world? Or can they even save themselves?