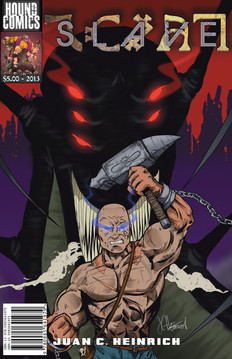 The universe is not as we think. In fact, its existence is made up of 5 realms. They are Heaven, Hell, Earth, Limbo, and Utopia. You may have heard of them. Separated by a dimensional void, each exists as its own reality, with its own rules.

The four “magical” realms revolve around a center point, which is Earth, which was at one time the gateway through which all the other realms passed, but, after the wars in heaven, it was God who shut the paths between realms, to protect the humans from the dangers that lurk in the other worlds.

But in closing the doors, the Earth was shut off from all life outside of our planet, and slowly it began to die, as the humans, like a virus, over-populated and over-developed the entire planet, until there was nothing left. No one was available to guide them, no one to teach them. And finally, in the time now long forgotten, there was a war. It destroyed most of the human race, leaving the survivors amidst an endless decaying city, the remaining people, struggling for their very survival.