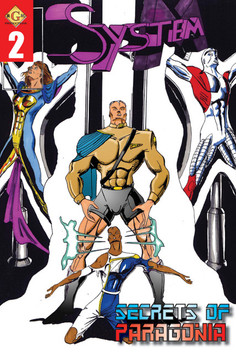 An action Sci-Fi fantasy Space Opera story dealing with multiple races to control the universe.  Eugenic Aliens the Paragonians, are on a quest of galactic domination. Five years ago, the Government of Planet Eva encountered people with special powers amongst the population of its planet. The Evaian Government labeled them Paranormals. The Planet Eva had just survived a major war with the Kovallians and an attack from the Titan Krell, and some people believed that these Paranormals were created by Krell to undermine their society. A thread of fear spread amongst the normal humans against these Paranormals. People who were afraid of Paranormals called them “Misfi ts.” Soon the terms “Misfi t” or “Freak” became a derogatory label toward any Paranormal. Then, the Evaian Government removed all Paranormals from military service. Executive Order 1665 stated that all Paranormals were to be removed from service with no retirement benefi ts or pension. Filmore Loget Mooreteski gathered some renegade Paranormals together, called them the Regime, and began attacking the Evaian Government. The Evaian Government decided to make their own Paranormal group to fight Filmore’s Regime. So, the government collected the ex-military Paranormals into a special military unit. The new unit was called System M, or System “Misfit.” Then, the Government forced recently court marshaled Starship Captain William Benton to run the group.